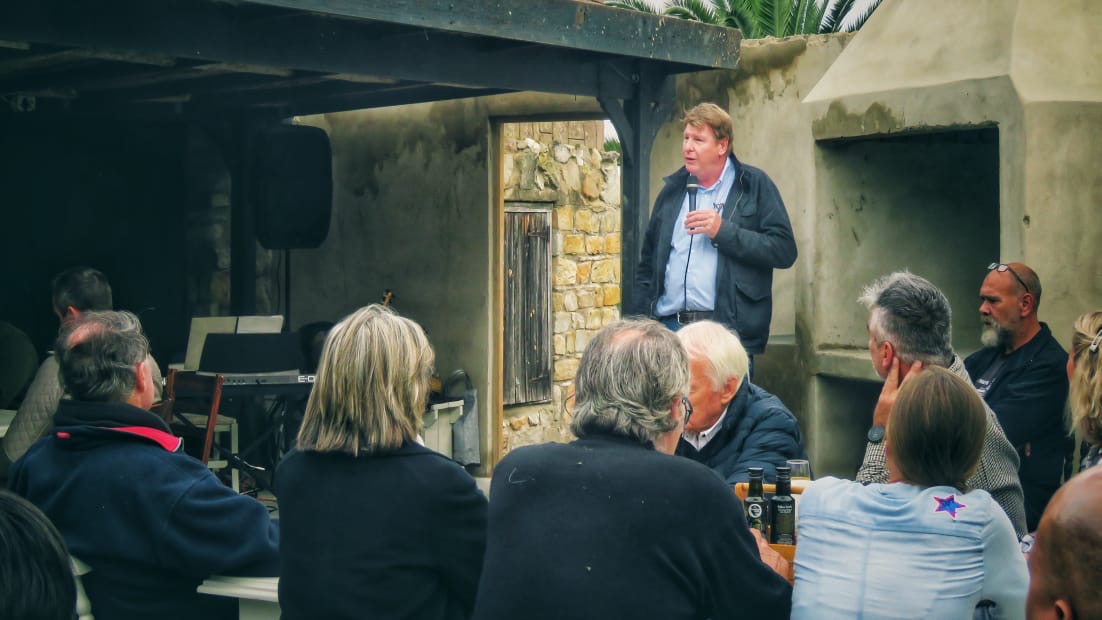 The historical Portland Manor estate in Rheenendal, near Knysna, has launched its refurbished country hotel and restaurant to the public. Portland Manor Country Hotel and The Cowshed restaurant were officially opened last month at an event attended by members of the media and VIP guests.

The 15-suite hotel now offers luxury en-suite accommodation, a unique dining experience, and a host of on-site activities on its 212 hectare property including nature trails for walking, hiking and mountain biking, and fishing, paddling and swimming in the Lawnwood Dam. Its close proximity to the adventure activities, restaurants, coffee shops and beaches of Knysna and Sedgefield open guests up to numerous world-class tourism experiences.

The new owner Russell du Preez is founder of the RussellStone Group, a South African-based investment house specialising in agricultural investments, with 26 companies in its portfolio. It is spread across six countries in a variety of agribusinesses, from pig farms to olive groves and is now actively expanding into the agritourism sector.

According to Du Preez he wants to use Portland Manor to promote local tourism that is economically sustainable, environmentally conscious, and allows for job creation in the immediate area. “It’s an opportunity to offer a whole new experience to vacation goers,” he says.

“Portland Manor is situated on a working farm and enables guests to see the estate’s farming activities in action. At Portland Manor, all guests are cocooned in the estate’s beautiful surroundings which allows them to truly become one with nature.

“Not only do all the farming activities lend a wholesome, salt-of-the-earth feel to the estate, but they offer a more immersive experience to guests who are looking for a unique, adventure-packed vacation that shows off the rich history of Knysna itself.”

According to Du Preez, RussellStone Group wants to stay true to the legacies of the men and women who built Portland Manor by ensuring that the company’s custodianship uplifts and supports the Knysna community.

Says Du Preez: “This is just the beginning. RussellStone Group is excited by the prospect of finding new ways to invest in Knysna’s tourism, business, and agricultural sectors. With so many opportunities just waiting to be explored, who knows how much value can still be unlocked in the coming years.

“We want to thank everyone involved for believing in us and for allowing us to help Knysna become the booming tourism hub it was always meant to be.”

The history of Portland Manor dates back to 1819 when George Rex, who was once rumoured to be the illegitimate son of King George III of England, bought a portion of Leeuwenbosch farm (De Poort) from Salomon Terblanche and renamed it Portland.

After George Rex’s death in 1839, his properties were put up for sale under the terms of his will and Portland was bought by Thomas Henry Duthie. In 1842, Henry Barrington, 12th son of the 5th Viscount Barrington, arrived in the Cape and journeyed to Knysna. He brought with him lavish household items from England, which included a grand piano and a chandelier, and was on the lookout for the perfect home in which to place them. He purchased the Portland farm from Duthie and set out to transform the estate into a “very perfect place”.

In 1863, Henry Barrington built the farm’s first house, styled after the manor houses of England. Unfortunately, Barrington’s joy in accomplishing this momentous feat was short-lived after the Great Fire of 1869 left his house in ruins. However, he spared no time rebuilding the house. Reconstruction started the following year and took eight years to complete. The new house was named Portland Manor and still stands today.

Barrington’s dedication to revolutionising Portland was unwavering. Along with his newly built home, he also constructed a dam on the estate with a sawmill. Beekeeping and the planting of mulberry trees and apple orchards were the order of the day. His other endeavours included cheese and breadmaking, growing tobacco and barley, and farming livestock. He also campaigned for the Seven Passes Road to link Knysna and George which he believed would open the markets for all their produce. Sadly, this project was only finalised after his death. Henry played a very significant role in turning Portland Manor into the awe-inspiring property that it is today.

Our Women’s Day ladies’ lunch at The Cowshed E