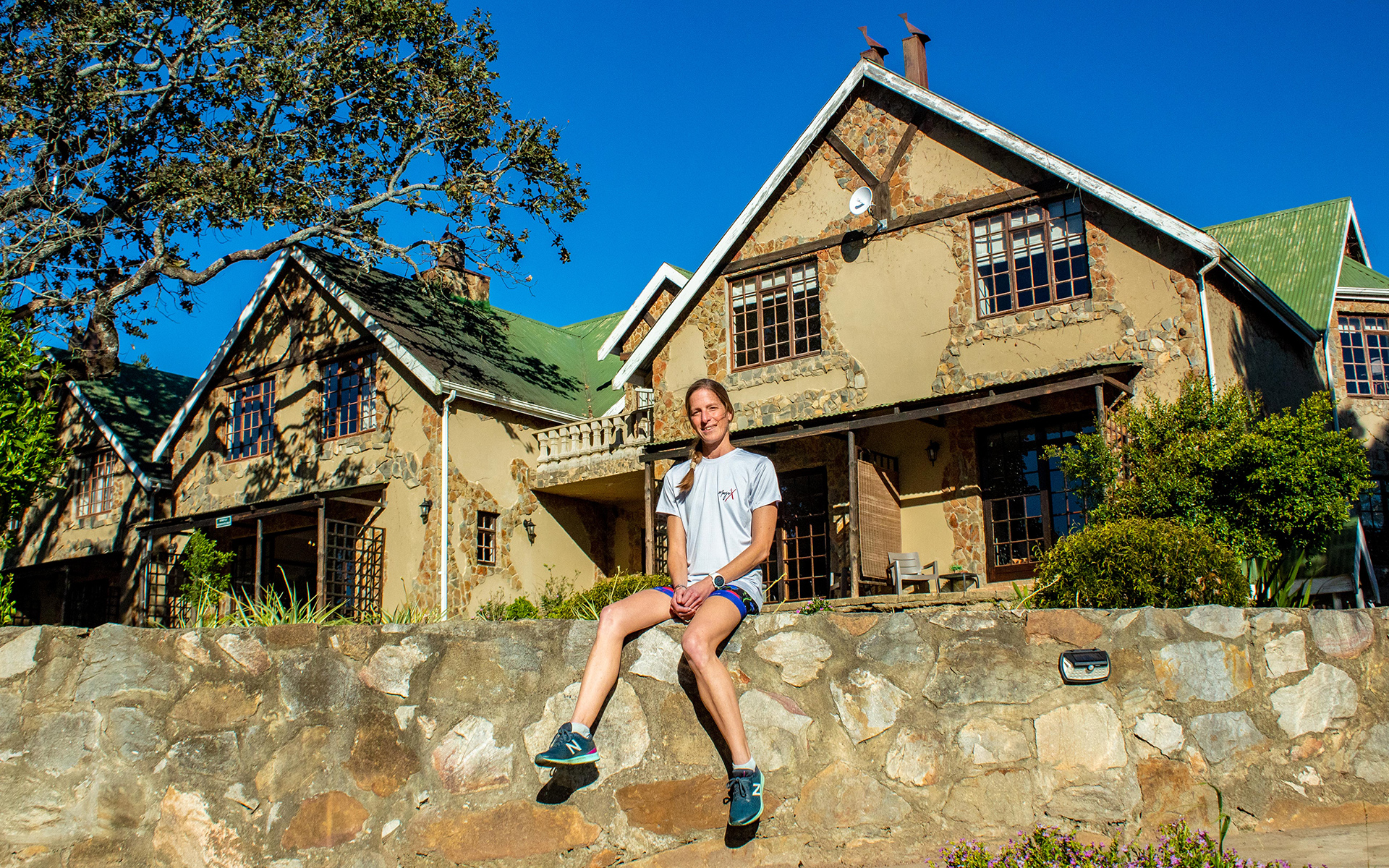 We are excited to announce the appointment of Kirsty Weir as the Activities Ambassador for Portland Manor Country Hotel. As an accomplished triathlete and aspiring Paralympian, Kirsty is well qualified to take on the role which will see her promoting Portland as the perfect venue for outdoor adventures including trail running and hiking, swimming, paddling and fishing in the dam, and mountain biking.

It’s not just her experience and sporting prowess that make Kirsty a great ambassador. Kirsty has battled some serious health challenges and her sheer grit and determination in facing these obstacles has made her the kind of role model that the Portland brand is proud to be associated with.

Kirsty (44) was born in East London as the youngest of three girls. She started running competitively in 1995 at the age of 17. Just two years later she was offered a scholarship to run cross country at the Western State College in Gunnison, Colorado, USA, where she established herself as one of the top 20 athletes in the country. It was during this time that she began a six year battle with the eating disorder anorexia nervosa, which she was only able to beat through sheer tenacity. She went back to winning races, placing fifth in her category in the Ironman triathlon in 2006.

However, the next hurdle was about to present itself. Out running one morning, she lost feeling in her left leg. It took 13 years to diagnose neurological lupus, a rare autoimmune disease, and during that time Kirsty did not stop running, despite the stress, anxiety and discomfort that she felt because of her condition every time she ran. With the diagnosis came the realisation that she would now be classified as a paraplegic athlete.

With the encouragement of a Paralympic classifier, Kirsty decided to start training for and competing in paratriathlon events at both district and national level, culminating in the SA Paratriathlon Championships in Gqeberha in March, where she competed in and won the PTS5 Women’s Category.

Now she has set her eyes on qualifying for the Paris 2024 Paralympic Games and we are right behind her!

Says Kirsty: “The sponsorship from Portland is the opportunity of a lifetime. Sport has always been my life and what happened to me has given me the opportunity to inspire others. Now, with Portland, I feel that we are going on a journey together, a wonderful adventure. I am reaching for my dream of competing in the Paralympics; Portland Manor is relaunching and rising to her former glory following an extensive refurbishment. I’m very grateful to the new owners, Russell and Adél for recognising my potential and offering me their support and sponsorship. I’ve faced numerous challenges over the last 13 years and Portland is giving me a chance to change my life. I am so looking forward to our journey together.”

We have huge faith in Kirsty’s and will keep you updated about her progress!

The Cowshed is fully booked for our Open Weekend 2

Delicious food awaits you at The Cowshed this week